Manaus, Amazonas —While in Manaus, U.S. Environmental Protection Agency (EPA) Administrator Andrew Wheeler participated in a variety of events to increase awareness around recycling and projects that address marine litter. With this trip, Administrator Wheeler becomes the first EPA Administrator to visit the Amazon.

“In my position as Administrator of the EPA, I believe that water issues are the largest and most immediate environmental and public health issues affecting the world right now. This includes access to safe drinking water, water infrastructure, and marine litter,” said EPA Administrator Andrew Wheeler. “Building partnerships to reduce marine litter is one of my priorities. EPA looks forward to developing collaboration with Brazil to reduce marine litter through the sharing of information and best practices.”

During his first stop in Manaus, Administrator Wheeler toured a Recyling Association for Environmental Preservation project where they repurpose plastic bags. At the sorting and processing facility, he learned about how this recycling program has improved the lives of the employees and met with program coordinators and workers through this Coca-Cola supported initiative.

Administrator Wheeler also visited to the Adolpho Ducke Reserve, where he learned more about the Amazon jungle biome and participated in a discussion on environmental and development challenges facing the Amazon.

On Saturday at the meeting of the waters, Administrator Wheeler, Minister of the Environment Ricardo Salles, and Amazonas State Governor Wilson Miranda Lima met to discuss shared environmental challenges including marine litter. Administrator Wheeler joined Minister Salles and Governor Wilson to witness the signature of a Brazilian decree to implement a national agenda on urban environmental quality, in partnership with the Amazonas state government. This program promotes stakeholder engagement to reduce the volume of plastic waste transported by the rivers to the oceans.

The visit to Brazil wrapped up with a visit to the Brazilian Army Jungle Warfare School (Centro de Instrução de Guerra na Selva [CIGS]), where Administrator Wheeler received an environmental briefing on Amazonian flora and fauna and environmental education programs conducted by the school. While at CIGS, Administrator Wheeler, Minister Salles, and Congressman Pablo Oliva Souza toured their Zoo, which houses animals native to the region, some of which are threatened with extinction or were illegally poached, in order to preserve them.

Last week, while in Brasilia, Administrator Wheeler participated in bilateral meetings with his counterparts at the Ministry of Environment and National Water Agency of Brazil. Administrator Wheeler and Minister Salles signed a Memorandum of Understanding (MOU) on cooperation on urban sustainability between the Ministry of the Environment of the Federal Republic of Brazil and the EPA. The MOU aims to improve institutional capacity through technical cooperation on environmental management emphasizing urban sustainability.

Common trash from consumer goods makes up the majority of what eventually becomes marine litter, polluting our waterways and oceans. Plastics in the aquatic environment are of increasing concern because of their persistence and effect on the environment, wildlife, and human health. EPA's Trash Free Waters Program is reducing the volume of trash entering U.S. waterways.

EPA is continuing to expand its work both domestically and internationally on trash-related projects, including implementing pilot projects in Jamaica, Panama, and Peru under the agency’s Trash Free Waters Program.

On the domestic front, EPA announced the availability of approximately $2 million in a new grant program focused on keeping trash out of the Great Lakes in December 2019. 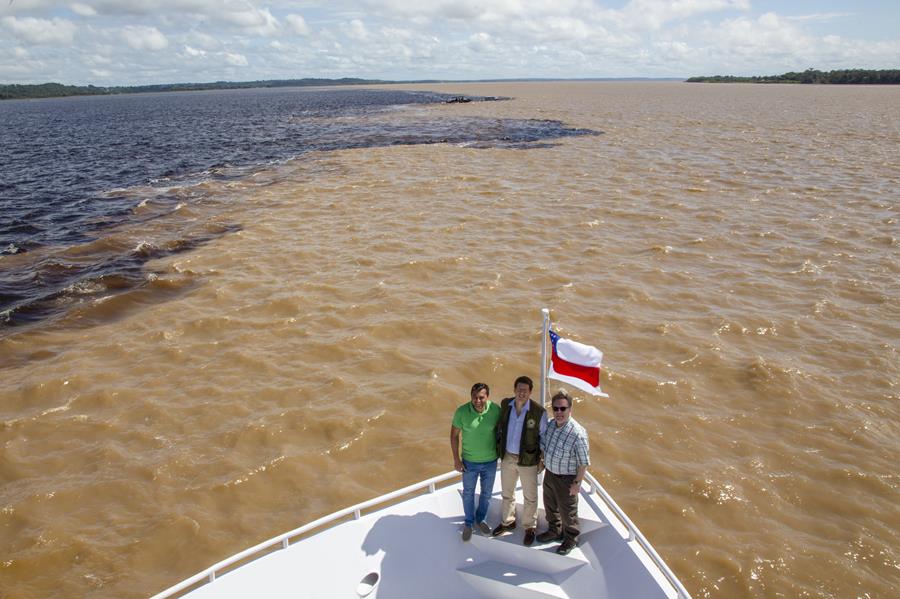 Administrator Wheeler, Minister Salles and Governor Lima at the Meeting of the Waters. 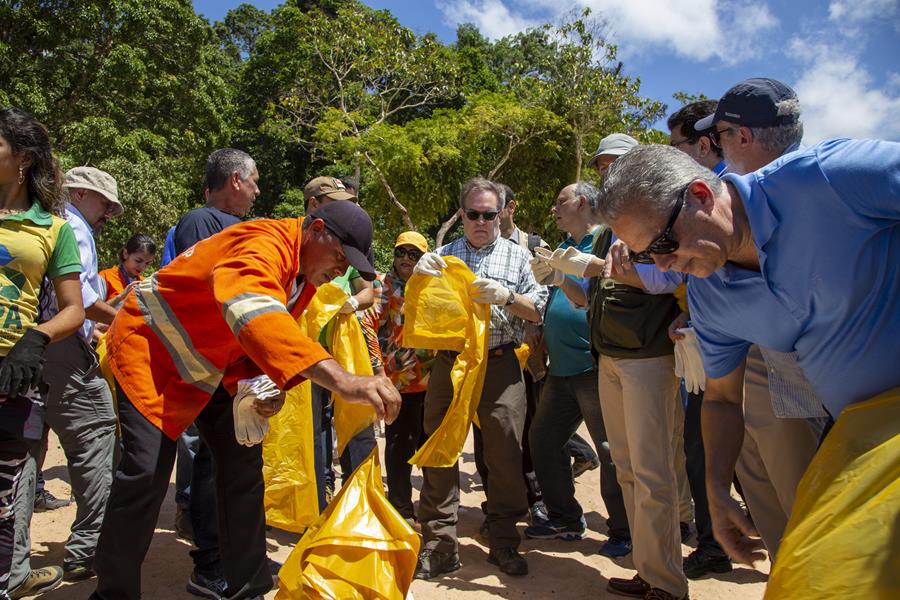 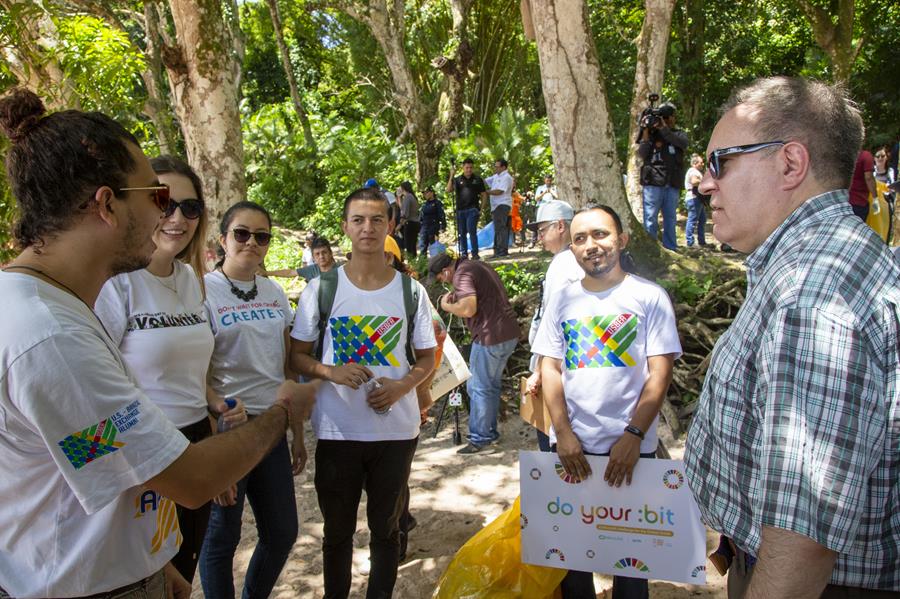 Administrator Wheeler speaks with students regarding their research to combat environmental issues.