WASHINGTON (February 18, 2020) — This month, as part of the U.S. Environmental Protection Agency’s (EPA) 50th anniversary, the agency is celebrating progress in protecting America’s waters. This week highlights progress made by the agency—in partnership with states, local communities and drinking water systems—in ensuring access to safe drinking water across our country.

“Before EPA was established in 1970, more than 40 percent of our nation’s drinking water systems failed to meet even the most basic health standards,” said EPA Assistant Administrator for Water Dave Ross. “Today, 92 percent of the population is served by community water systems that meet all health-based standards. EPA is proud of the significant progress made in providing access to safe drinking water for all Americans.”

The agency also sets drinking water standards to protect public health. Today, EPA has drinking water standards for more than 90 contaminants, including microorganisms, disinfectants, disinfection byproducts, inorganic and organic chemicals, and radionuclides. The agency continues to review new contaminants to determine if emerging contaminants should be regulated. For example, EPA sent the next proposed regulatory determination required by the Safe Drinking Water Act to the Office of Management and Budget for interagency review on December 3, 2019, which includes a scientific review of unregulated contaminants, including PFOA and PFOS.

Finally, a priority for the agency is protecting children from lead in drinking water. While the U.S. has made tremendous progress in lowering children’s blood lead levels, some children are still exposed to high levels of lead. Last year, under the Trump Administration’s Federal Action Plan to Reduce Childhood Lead Exposures, EPA proposed revisions to the Lead and Copper Rule (LCR) to significantly improve the actions that water systems must take to reduce lead in the nation’s drinking water. This action, which EPA anticipates finalizing in 2020, represents the first major overhaul of the LCR in over two decades. 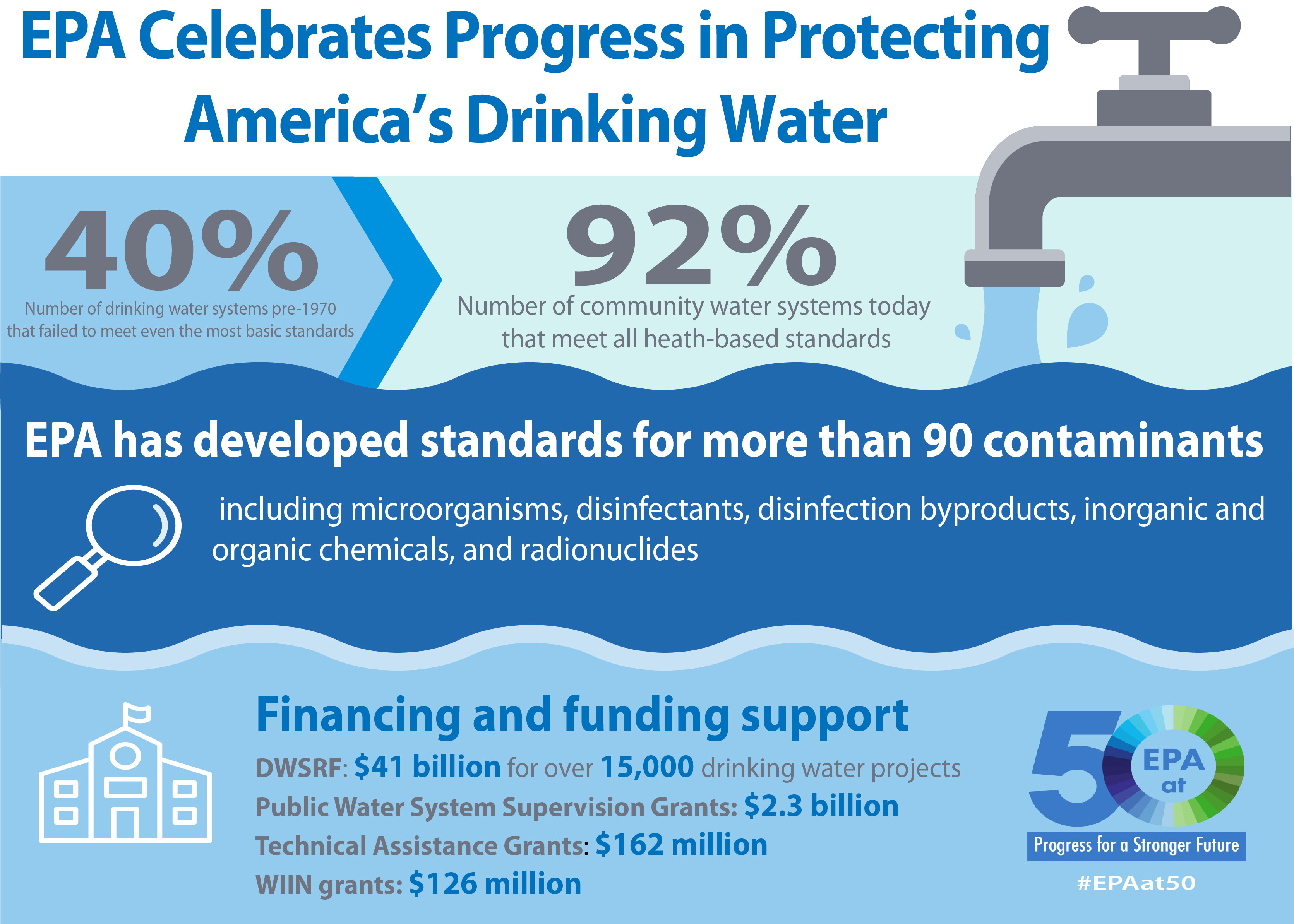