Please note: Many of these are external links.

Another busy week at the U.S. Environmental Protection Agency (EPA) as the agency continued to deliver on President Trump's promises to the American people.

Auto emissions standards were in the spotlight this week. On Tuesday, EPA Administrator Andrew Wheeler spoke to the National Automobile Dealers Association, where he highlighted the proposed SAFE Rule and reiterated the administration’s goal of establishing a national standard for fuel-economy. Yesterday, EPA took a major step towards achieving this goal, when U.S. Department of Transportation Secretary Elaine Chao joined Administrator Wheeler in announcing the One National Program Rule.

Meanwhile, EPA Administrator Wheeler testified in front of the House Committee on Science, Space, & Technology and the agency awarded nearly $6 million to fund per- and poly-fluoroalkyl (PFAS) research to eight organizations. This research - from eight organizations - will focus on identifying practical approaches to managing potential impacts as PFAS in waste streams.

Additionally, EPA wrapped up National Estuaries Week by announcing a $269 million Water Infrastructure Finance and Innovation Act (WIFIA) loan to the Narragansett Bay Commission (NBC). This project is the first WIFIA loan awarded in New England and will help protect public health and the ecosystems of the largest estuary in this region.

And finally on the policy front, EPA released a draft science policy intended to reduce testing of pesticides on birds following Administrator Wheeler's historic commitment to reduce animal testing at the agency. 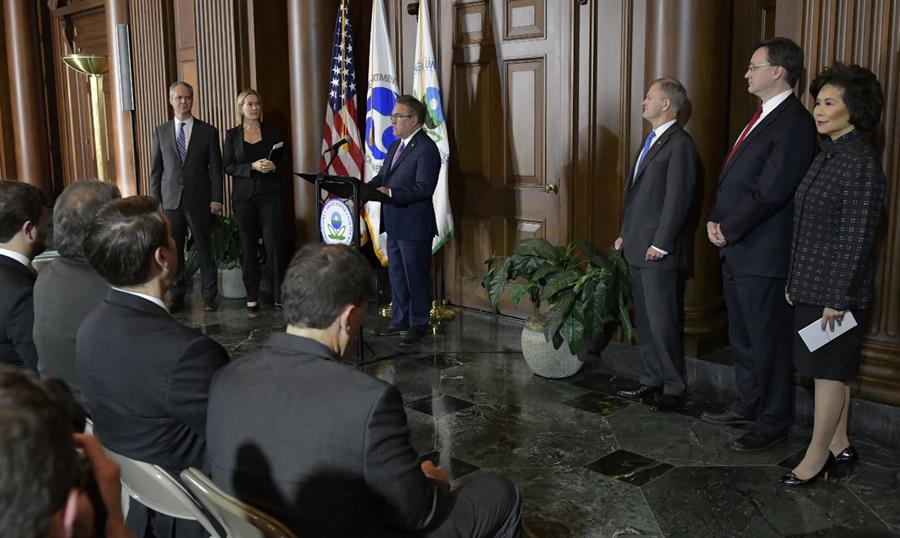 EPA Administrator Andrew Wheeler: “Today, we are delivering on a critical element of President Trump’s commitment to address and fix the current fuel economy and greenhouse gas emissions standards. One national standard provides much-needed regulatory certainty for the automotive industry and sets the stage for the Trump Administration’s final SAFE rule that will save lives and promote economic growth by reducing the price of new vehicles to help more Americans purchase newer, cleaner, and safer cars and trucks.”

Secretary of Transportation Elaine L. Chao: “Today’s action meets President Trump’s commitment to establish uniform fuel economy standards for vehicles across the United States, ensuring that no State has the authority to opt out of the Nation’s rules, and no State has the right to impose its policies on the rest of the country.”

Office of Management and Budget Acting Director Russ Vought: “President Trump is committed to making cars safer and cheaper. Obama’s EPA allowed California to force its extreme Green New Deal-style policies onto the entire country, raising the cost of cars for all American families. Only the Federal government has the authority to set fuel economy standards for vehicles across the U.S. – meaning the California agreement conflicts with Federal law. This is one of many reasons the Trump Administration reopened the standards for review and replacement.”

Congressman Doug LaMalfa (CA-01): “California’s unreasonable emissions standards are one thing in theory, but in reality, it drives up the price of today’s newer, safer, and more fuel-efficient vehicles as manufacturers continue to give the market what it desires... CARB has abused this waiver authority and gone far beyond the intended mission of improving fuel standards. This takes away the basic cornerstone of America’s free market – consumer choice. California Governor Newsom and Sacramento bureaucrats don’t get to set the fuel-efficiency standards for all 50 states, and by extension, vehicle prices for the entire nation... The goal [of this rule] is to have safer and cleaner cars on the road, and this decision by the Trump Administration, including Administrator Wheeler and Secretary Chao, will help us accomplish that by allowing vehicles that people will actually be happy to buy.”

California Assemblywoman Melissa Melendez: “The Trump Administration is clearly focused on helping those who need it rather than achieving the goals of wealthier Californians.”

Thomas Pyle, President, American Energy Alliance: “The administration’s action puts power back into the hands of drivers, not California bureaucrats, saving American families money, and reestablishes the states’ and the federal government’s proper roles with respect to fuel efficiency.

Rick Manning, President, Americans for Limited Government: "The Trump administration is wise to review the pie in the sky Obama limits with a view towards consumer safety and vehicle affordability."

EPA awarded approximately $6 million to fund research by eight organizations across the country to expand the understanding of the environmental risks posed by PFAS in waste streams and identify practical approaches to manage the potential impacts as PFAS enters the environment.

Today, EPA announced a WIFIA loan to the Narragansett Bay Commission (NBC) to help reduce pollutant discharges into Narragansett Bay. The WIFIA loan will save NBC an estimated $99.6 million compared to typical bond financing. Project construction and operation are expected to create 1,755 jobs.

“This WIFIA loan will improve water quality in the Narragansett Bay, protect the health of local residents, and deliver on President Trump's commitment to upgrade our nation's infrastructure, create jobs, and safeguard public health and the environment. With this loan closing, EPA has now issued 12 WIFIA loans totaling over $3 billion in credit assistance to help finance over $7 billion for water infrastructure projects and create over 12,000 jobs.” - EPA Administrator Andrew Wheeler 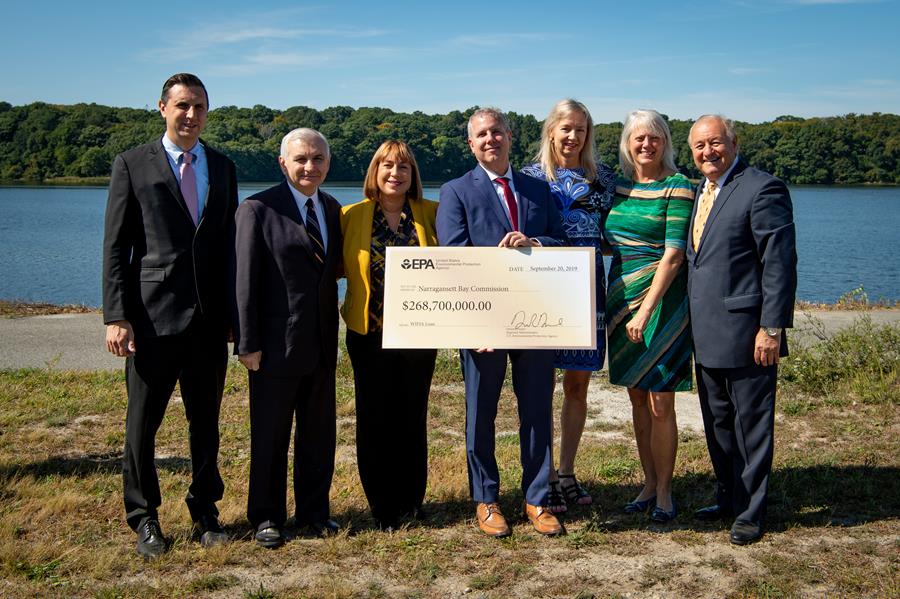 Activists cheer EPA plan to limit testing on birds: The Environmental Protection Agency (EPA) says it plans to reduce the use of pesticide testing on birds as part of Administrator Andrew Wheeler’s push to roll back animal testing at the agency.The draft policy unveiled Tuesday was created in collaboration with People for the Ethical Treatment of Animals (PETA) and aims to avoid “unnecessary resource use, data generation costs, and animal testing.." (The Hill, 9/17/19)

PETA Regulator Testing Department Director Dr. Amy Clippinger: "Waiving this test on birds will save time, taxpayer money, and hundreds of birds each year without compromising environmental health. is is a win for the environment and animals, and we commend the EPA on being proactive in changing its policy as a result of the study." 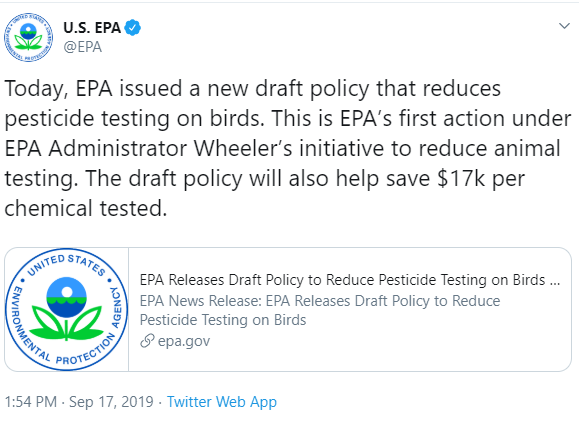