While it was a quiet week on the news front in Washington, the U.S. Environmental Protection Agency (EPA) made significant progress to protect human health and environment.

EPA Administrator Andrew Wheeler kicked off the week in New York, where he highlighted the private sector’s efforts to tackle food waste at several events in the Bronx and wrapped up his visit with a bilateral meeting with Japan.

On the policy front, air and water took center stage. EPA called out California's failure to meet both air and water quality standards. The state has the worst air quality in the United States, with 82 nonattainment areas and 34 million people living in areas that do not meet current standards and in the most recent reporting quarter of 2019 they had 202 Community Water Systems with 665 health-based exceedances that put the drinking water of nearly 800,000 residents at risk. EPA Administrator Wheeler strongly encouraged the state to take significant actions to protect the health of the environment and its residents.

Additionally, the agency took two important steps under the per- and polyfluoroalkyl substances (PFAS) Action Plan, submitting to the Office of Management and Budget (1) an advanced notice of proposed rulemaking that would allow the public to provide input on adding PFAS to the Toxics Release Inventory toxic chemical list, and (2) a supplemental proposal to ensure that certain persistent long-chain PFAS chemicals cannot be imported into the United States without notification and review by EPA under the Frank R. Lautenberg Chemical Safety for the 21st Century Act, which amended the Toxic Substances Control Act. 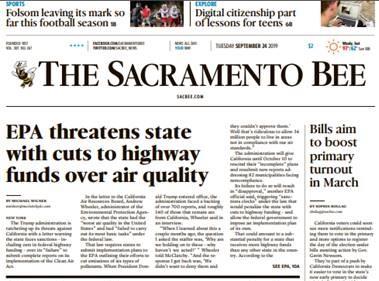 The letter EPA Administrator Wheeler sent to the California Air Resource Board (CARB) outlined that the state continually fails “to carry out its most basic tasks under the Clean Air Act.”

On Thursday, EPA raised several environmental issues stemming from California’s homelessness crisis. Administrator Andrew Wheeler highlighted the risks to California residents from degraded water quality as California has not addressed the issue despite massive resources. See some of the coverage below:

ABC News: “Environmental Protection Agency Administrator Andrew Wheeler wrote to California Gov. Gavin Newsom on Thursday alleging the state has not addressed water pollution tied to the homelessness crisis in major cities like San Francisco, specifically when the sewer system can overflow during heavy rain and release untreated water into other areas like the San Francisco Bay.” (ABC News, 9/26/19)

Los Angeles Times: “In a letter to California Gov. Gavin Newsom, Environmental Protection Agency Administrator Andrew Wheeler threatened possible enforcement action if the state did not improve the way it deals with lead, arsenic and human waste in its water.“” (Los Angeles Times, 9/26/19)

The Hill: “The letter, in particular, focuses on the state’s homelessness issues in Los Angeles and San Francisco, citing articles on human feces on streets and warning of potential water quality concerns. ‘The EPA is concerned about the potential water quality impacts from pathogens and other contaminants from untreated human waste entering nearby waters. San Francisco, Los Angeles and the state do not appear to be acting with urgency to mitigate the risks to human health and the environment that may result from the homelessness crisis,’ the letter reads.” (The Hill, 9/26/19)

[Attainment] In the Air Tonight

In the Granite State: With the re-designation of Central New Hampshire, all areas in New England are now in attainment of the SO2 standard. Air quality in N.H. improving: “EPA Administrator Andrew Wheeler said the reduced sulfur dioxide levels in central New Hampshire will result in healthier air for Granite State residents. The air quality improvements were credited to the installment of a sulfur dioxide emission control system at the Merrimack power station in 2012. The upgrades led to a 98% reduction in sulfur dioxide from the station.” (Associated Press, 9/25)

In the Lone Star State: Texas’ SIP demonstrates that it meets the Clean Air Act infrastructure requirements for the 2015 ozone NAAQS. On Thursday, EPA approved the state of Texas’ plan for administering programs related to the National Ambient Air Quality Standards (NAAQS) for ozone.

This week, EPA deleted or partially deleted six Superfund sites from the National Priority List (NPL) around the country including a 16,000-acre site in Minnesota and three operable units of the South Valley Superfund site in Albuquerque, New Mexico. Here's a list of the full and partial deletions from just this past week: 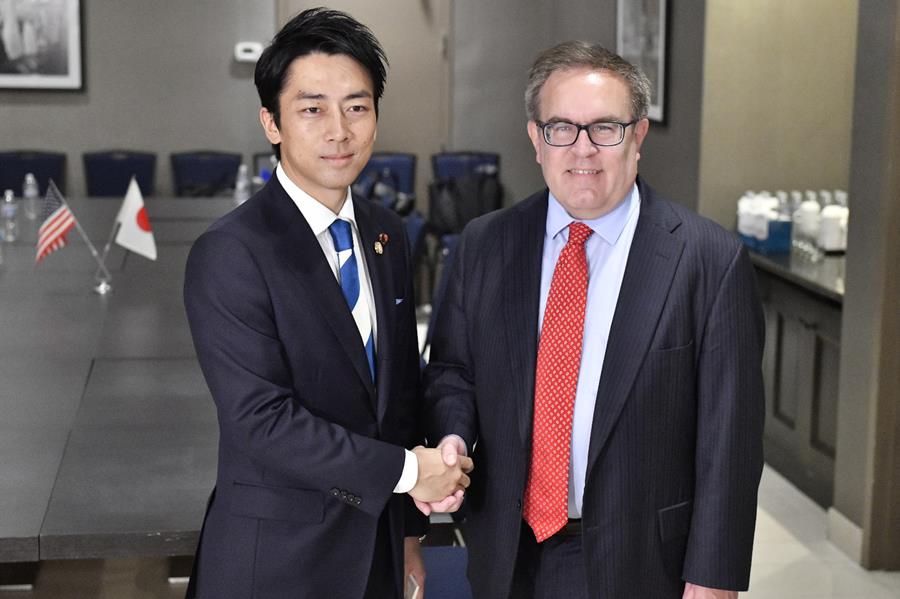 Approximately 60% of marine litter originates from six Asian nations. EPA has been working closely with Japan on marine litter since the June 2019 G20 meeting to develop a framework to implement the G20 Marine Litter Action Plan and additional action items for the upcoming G20 Resource Efficiency and Marine Litter Workshop in Tokyo. 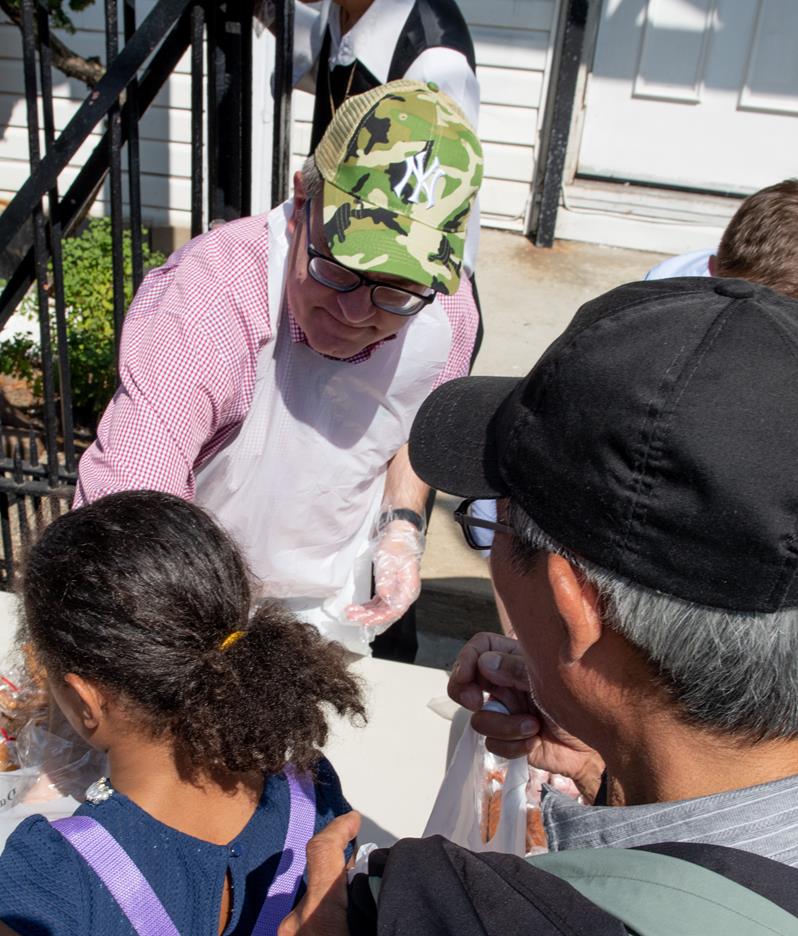 EPA Administrator Wheeler capped off his visit to New York City with Syd Mandelbaum of the Rock and Wrap It Up! organization to serve lunch — diverted from Yankee Stadium — to local residents at Woodycrest United Methodist Church.

Supply Chain Dive reported: “On Sunday morning at the Bronx, New York, headquarters of online grocer Fresh Direct, Environment Protection Agency (EPA) Administrator Andrew Wheeler met with food waste non-profits and food-waste conscious firms, along with other EPA officials to receive an update on the food waste mitigation work in progress in the New York area. ‘Food waste is a top domestic and international priority for the Trump administration,’ Wheeler said. In April, the administration committed to reducing food waste by 50% by 2030, launching six strategies to meet this goal including a two-year partnership with nonprofit ReFed. The U.S. wastes 75 billion pounds of food annually — the equivalent of 4.4 billion tons of carbon dioxide, the administrator said. The Trump administration has taken a more carrot-based path — creating a ‘2030 champions program,’ eschewing the regulatory routes several states have taken to mandate responsible re-purposing and/or disposal of surplus food.” 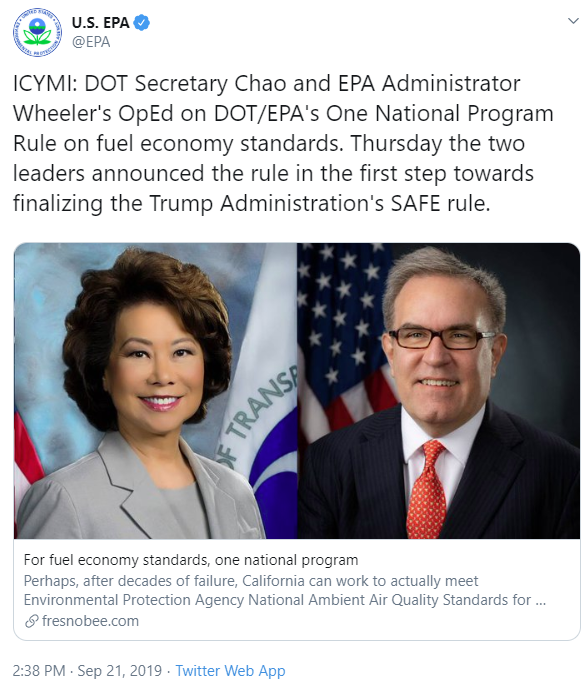 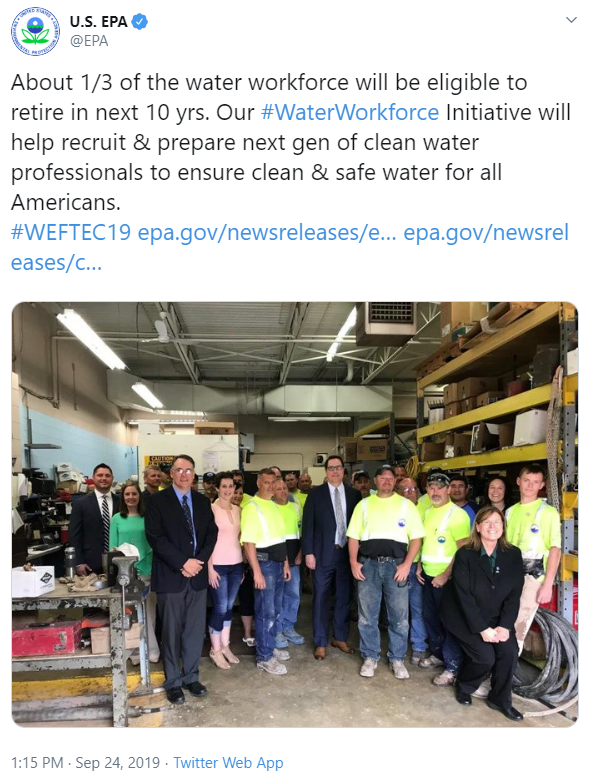