Endangered shorebird recovering thanks to GLRI support and partnerships

CHICAGO (August 13, 2020) – The U.S. Environmental Protection Agency (EPA) and its partners continue to support the recovery of the Great Lakes piping plover, a federally endangered species, through efforts funded by the Great Lakes Restoration Initiative (GLRI). Over the last 5 years, EPA has contributed around $2.7 million dollars toward the conservation and recovery of piping plover populations.

“EPA is honored to play a part in the piping plover’s comeback, an incredible success story which underscores the Administration’s commitment to the Great Lakes,” said Regional Administrator and Great Lakes National Program Manager Kurt Thiede. “The restoration of plover populations across the Great Lakes would not be possible without strong partnerships and the continued support of GLRI.”

“Recovering a species as imperiled as the Great Lakes piping plover isn't easy, but it's a great example of what we can achieve with strong partnerships, active management and creative solutions," said Charlie Wooley, Regional Director for the U.S. Fish and Wildlife Service's Great Lakes Region. "GLRI provides a steady funding source, allowing partners to plan and collaborate on recovery activities and significantly boost the effectiveness of our efforts across the plover's range.”

“It is a privilege and a huge responsibility to protect the largest remaining breeding concentration of Great Lakes piping plovers,” said Scott Tucker, Superintendent at Sleeping Bear Dunes National Lakeshore. “GLRI has been pivotal in helping National Lakeshore staff protect and monitor the piping plovers, as well as control invasive species, restore native habitat, and educate the public about how we all benefit from a healthier Great Lakes ecosystem.”

“Protecting threatened and endangered species is an important part of our work,” said Tony Duffiney, Michigan State Director for USDA’s Wildlife Services. “The partnerships with everyone involved with the GLRI are critical in this. The work conducted by all the partners was crucial in this year’s success.” 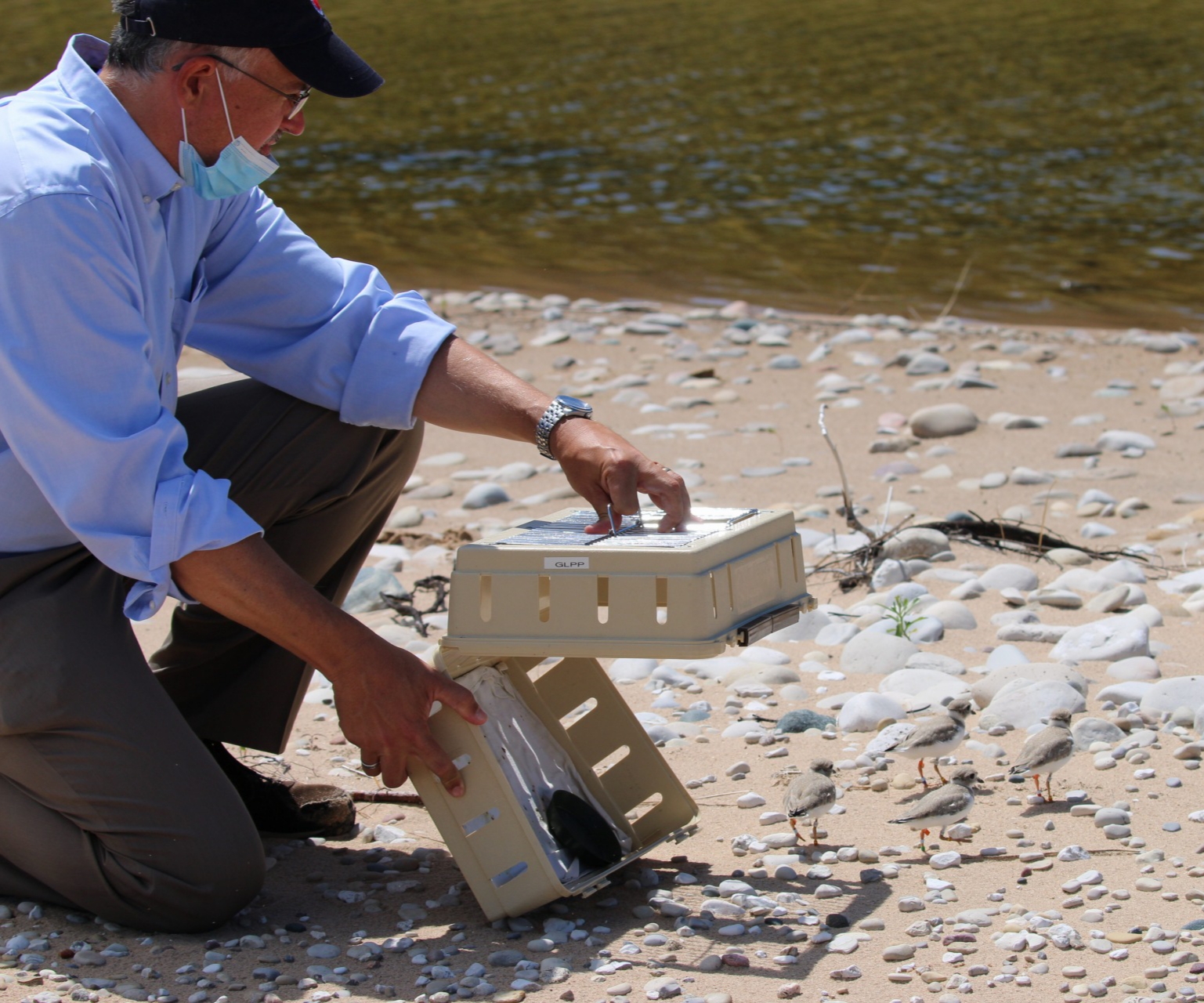 Since the GLRI began 10 years ago, sustained funding has been made available to federal, state, academic, and other partners to accelerate the restoration of the Great Lakes piping plover. As a result, the species has seen a continued upward trajectory in the number of breeding pairs present in the Great Lakes.

Funded restoration efforts include monitoring and protecting breeding pairs in the spring and summer, protecting and restoring cobble beaches favored by the plovers for breeding, and managing a captive rearing program that increases the number of successfully fledged young each year.

The Detroit Zoological Society has been managing the piping plovers salvage/captive rearing program for 19 years and the captive reared chicks have been critical to sustain population recovery. In 2020, 39 piping plover chicks were reared in captivity and successfully released back to the Great Lakes population – a 40% increase from 2019. This year’s group is the largest number of captive reared piping plovers since the GLRI began supporting recovery efforts. Effective partnerships among U.S. Fish and Wildlife Service, the Detroit Zoological Society and the University of Minnesota made the adaptation to new COVID-19 guidelines and challenging environmental conditions possible. 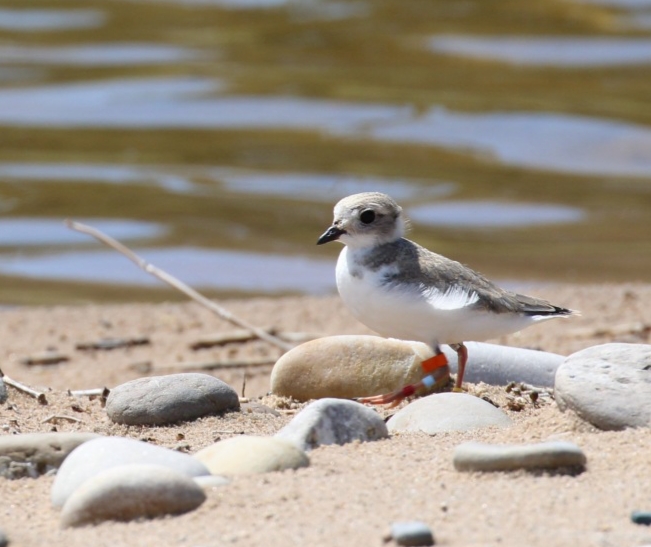 “We couldn’t let the pandemic prevent the rescue and rearing of these endangered birds. So, at the request of the U.S. Fish and Wildlife Service, abandoned eggs were brought to the Detroit Zoo for incubation,” said Bonnie Van Dam, associate curator of birds for the Detroit Zoological Society. “Despite a challenging year, we couldn’t be more thrilled for the outcome, and we’re grateful for all of our wonderful GLRI partners and their shared commitment to piping plover recovery efforts.”

“Funding from GLRI has been key to supporting University of Minnesota contributions to plover research and recovery in the region,” said Dr. Francie Cuthbert, professor at the University of Minnesota. “Over the years, dozens of field assistants have been hired to monitor and protect plover nest sites on Great Lakes shorelines. These on-the-ground workers, most of them university students, track hatching and fledging success, identify and minimize threats, coordinate with state and federal biologists and ultimately enhance survival of plovers as the population progresses towards recovery.”

The successful recovery of piping plover populations demonstrates the value of GLRI funding and is part of the larger effort to restore and protect the Great Lakes. In the past month alone, EPA has announced over $30 million in Great Lakes grants and projects in Wisconsin, Michigan and Ohio. In October 2019, EPA Administrator Andrew Wheeler announced the GLRI Action Plan III, an aggressive plan that will guide Great Lakes restoration and protection activities by EPA and its many partners over the next 5 years.