Now that 2020 is officially here, Washington has turned it's attention to one thing... the U.S. Environmental Protection Agency (EPA) is turning 50! Although the agency is abuzz with birthday celebration plans, it was still a very busy week at the EPA.

EPA Administrator Andrew Wheeler kicked off the week in Marshall, Virginia, where he announced the EPA will be taking action on the Cleaner Trucks Initiative (CTI). Administrator Wheeler was joined by U.S. Congressman Denver Riggleman, Virginia State Delegate Michael Webert, and a variety of stakeholders. The CTI rulemaking will establish new, more stringent emission standards for oxides of nitrogen (NOx) and other pollutants for highway heavy-duty engines.

EPA also kicked off several key campaigns this week, including National Radon Action Month and EPA's 50th Anniversary theme: "EPA at 50: Progress for a Stronger Future", and launched a unified website with the U.S. Department of Agriculture (USDA) and the Food and Drug Administration (FDA) to provide a one-stop-shop for information about the actions the federal government is taking to oversee the development of agricultural biotechnology products.

Trump EPA eyes new rules to reduce air pollution from trucks: “The EPA... said there is broad support among stakeholders, including trucking companies, for collaboration with California. The Golden State’s air regulators have already been working on updates to NOx standards for heavy-duty trucks, which they plan to introduce early this year... Truck manufacturers are supportive of the EPA’s actions, and they are encouraging the agency to set “performance-based” regulations that give truck and engine makers sufficient lead time and market certainty.” (Washington Examiner, 01/6/20) 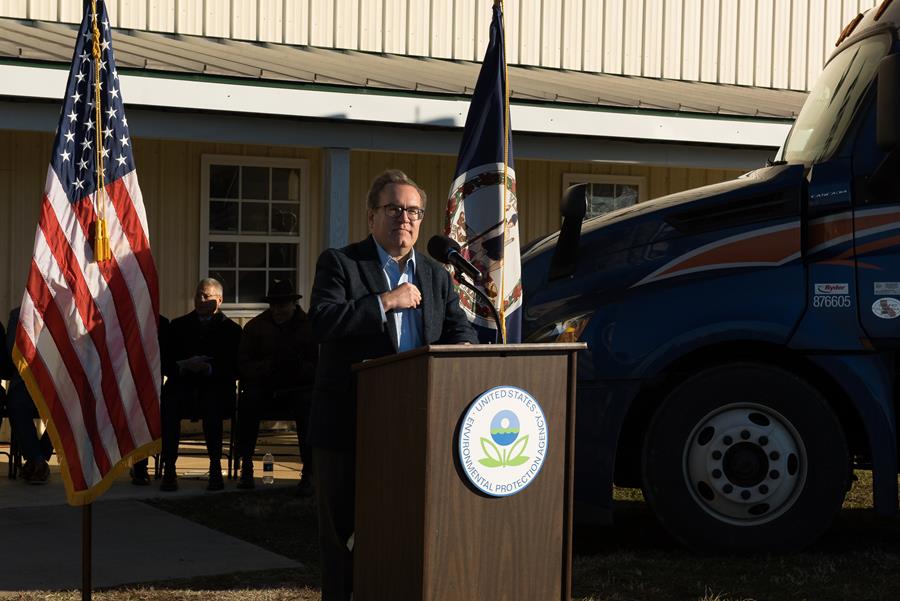 On Thursday, Administrator Wheeler joined President Trump and cabinet officials at the White House in support of CEQ's proposed updates to the NEPA.

“Today’s action by CEQ is another important step towards fulfilling the Trump Administration’s commitment to streamlining duplicative and costly regulations that impede investment in American infrastructure and stifle economic growth,” said EPA Administrator Andrew Wheeler. “The proposed update to NEPA would further EPA’s progress to provide regulatory certainty and efficiency for states, tribes, and the private sector while protecting human health and the environment.” 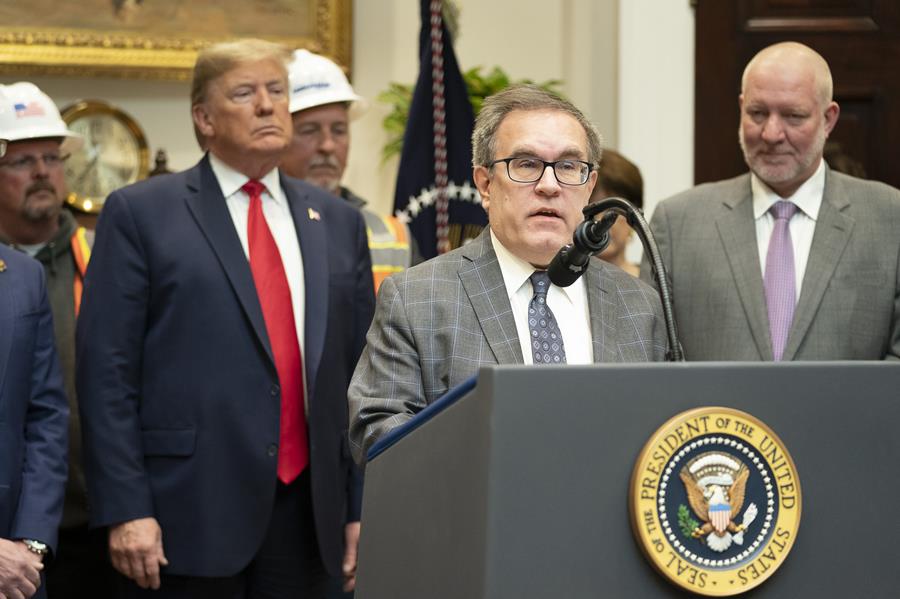 This week, EPA kicked off National Radon Action Month, which encourages Americans around the country to test their homes for radon, the second leading cause of lung cancer. Make 2020 a healthier, safer new year by testing your home.

“Radon exposure is one of the most important public health issues affecting Americans today,” said EPA Administrator Andrew Wheeler.  “Nearly 21,000 people die each year from lung cancer caused by exposure to radon.  Each January, EPA recognizes National Radon Action Month by spreading awareness of prevention and mitigation methods that will save lives.  I encourage everyone to take time this January to test and prevent radon exposure in their home.”

EPA at 50: Progress for a Stronger Future

This week, the U.S. Environmental Protection Agency (EPA) announced its 50th anniversary theme, “EPA at 50: Progress for a Stronger Future.”

“For fifty years, EPA employees and our many partners have worked together to fulfill the agency’s mission to protect human health and the environment. Today, Americans enjoy cleaner land, air and water than ever before,” said EPA Administrator Andrew Wheeler. “I look forward to celebrating the agency’s accomplishments throughout the year, and I hope that we can inspire the next generation of environmental leaders to continue building on our progress for the next 50 years.”

Highlights from Around the Country

From Region 6: EPA grants $1.2M for water pollution control in Texas: “The grant directly supports the state’s ability to maintain, protect and improve the water quality of its rivers, lakes, streams, groundwater and other waterbodies.‘We can always count on Texas to be a reliable partner in EPA’s mission of protecting and improving our invaluable water resources,’ said Regional Administrator Ken McQueen. ‘This funding will support TCEQ’s important work to prevent pollution and keep communities and ecosystems healthy.’” (Water World, 1/9/20) 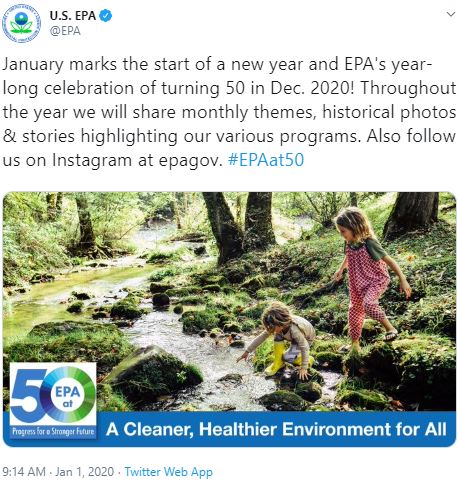 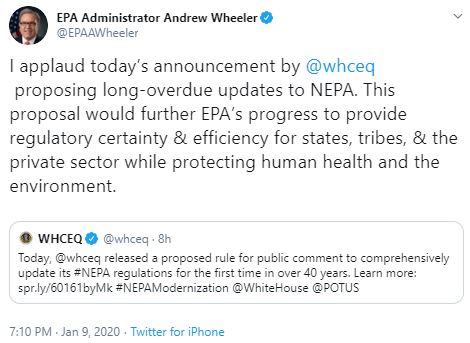